Between Two Knees is an outrageously funny and wickedly subversive intergenerational tale of familial love, loss, and connection. This first play by the acclaimed intertribal sketch comedy troupe the 1491s fractures traditional narratives of the United States through the lens of the Native American experience. Smashing through where most textbooks stop teaching Native history—the 1890 massacre at Wounded Knee—Between Two Knees take us from the forced re-education at Indian boarding schools, through World War II, the Civil Rights Movement, Vietnam, the 1973 takeover at Wounded Knee, and maybe even breaks time itself. Did we mention it’s outrageously funny and wickedly subversive?

All ticket holders must provide proof of vaccination, booster, and photo ID. No exemptions. Masks must be worn at all times while inside the theater.

This production is made possible by a generous grant from The Roy Cockrum Foundation.

The 1491s are an intertribal Indigenous sketch comedy troupe. Dallas Goldtooth (Mdewakanton Dakota-Diné), Sterlin Harjo (Seminole-Muscogee), Migizi Pensoneau (Ponca-Ojibwe), Ryan RedCorn (Osage Nation), and Bobby Wilson (Sisseton-Wahpeton Dakota) originally combined their talents to create comedic videos for YouTube. Their first video, a Twilight parody called “New Moon Wolf Pack Auditions,” went viral in 2009 as have many of their subsequent videos. The 1491s have traveled the country and the world sharing their satirical, stereotype-busting humor through live performances, panels, discussions, and appearances on major media outlets including The Daily Show on Comedy Central, Al Jazeera, and National Public Radio. They have also used their talents to address social and legislative issues, such as the full inclusion of Indigenous women in the Violence Against Women Act.

Regina García is a Chicago-based scenic designer from Puerto Rico. She has long standing relationships with the renowned Latinx teatros including Repertorio Español, Puerto Rican Traveling Theater, Teatro Vista, and Pregones Theater. She has also completed projects for the Oregon Shakespeare Festival, American Players Theatre, Goodman Theatre, and most recently Cincinnati Playhouse in the Park, among others; upcoming shows at American Players Theater and the Guthrie. Regina is a Fellow of the NEA/TCG Career Development Program for Designers and the Princess Grace Awards, USA; a regional associate member of the League of Professional Theatre Women; and company member with both Rivendell Theatre Ensemble, Chicago, and Boundless Theatre Company, San Juan/New York. She is the Head of the Scenic Design program at The Theatre School, DePaul University, and a founding organizational member of La Gente: The Latinx/é Theatre Production Network. garciaportfolio.com

Younghawk’s unique approach to hair and beauty is a hybrid of classic shapes combined with modern styling techniques to produce work that evokes a timeless, chic appeal—an approach fueled by iconic images from film and fashion and the arts. His impressive resume of experience is rooted in specific training with Goldwell Color, L’Oréal, Wella, Bumble and Bumble, and Vidal Sassoon. His level of education has formed his well-rounded approach to hairdressing, pleasing many clients and creative collaborators alike throughout his career. His most recent work has included a role as an Educator of Barbering and Cosmetology at the renowned Arrojo Cosmetology School in NYC. He was also a hair team member for Motown: The Musical on tour and Wicked on Broadway.

Julie Felise Dubiner is the Artistic Initiatives Consultant at McCarter Theatre and is a dramaturg, producer, and mentor. She has freelanced around the country and was on staff at American Revolutions/Oregon Shakespeare Festival, Actors Theatre of Louisville, and the Prince Music Theater. Among her dramaturgy credits are The Copper Children by Karen Zacarías, Between Two Knees by the 1491s, Sweat by Lynn Nottage, Indecent by Paula Vogel, and The Liquid Plain by Naomi Wallace. She is the co-creator of Rock & Roll: The Reunion Tour, co-author of The Process of Dramaturgy, and a contributor to Diversity, Inclusion, and Representation in Contemporary Dramaturgy, The Routledge Companion to Dramaturgy, Innovation in Five Acts, and other publications and podcasts.

Cameron Camden is a fourth-year M.F.A. candidate in the Technical Design and Production Program at David Geffen School of Drama. He is excited to bring a show to the stage for Yale Rep after previously serving as the technical director for Testmatch which was canceled in 2020 due to the COVID pandemic. Credits at the Geffen School include Bodas de Sangre and Manning (Production Manager), Seven Spots on the Sun (Assistant Technical Direction), and the 2019 Carlotta Festival of New Plays (Assistant Technical Direction). He has previously worked at several theatres including The Juilliard School, Ohio Light Opera, and Potsdam Music Theatre. Cam is originally from Michigan and holds a B.A. in theater arts-technical direction from the University of Miami.

Grace Zandarski is the Voice and Text Advisor at Yale Rep and is a faculty member in the Acting program at David Geffen School of Drama, where she has taught Voice since 2002. Previous Yale Rep credits include Cymbeline, The Caucasian Chalk Circle, Hamlet starring Paul Giamatti, The Winter’s Tale; Romeo and Juliet; and The Three Sisters, among many others. Her New York coaching credits include Mike Nichols’s Death of a Salesman and Betrayal on Broadway, The Dance and the Railroad (Signature Theatre), The Intelligent Homosexual’s Guide… (The Public), Homebody/Kabul (BAM), in addition to numerous individual coaching credits for actors appearing on and off Broadway, in film, and on television. Her work outside of actor training includes individual business and professional coaching as well as workshops on Voice, Presence, and Improv for Executives. She has led workshops for the ABA, Yale School of Medicine, and Yale School of Management among other educational and corporate entities. Grace is a member of The Actors Center Workshop Company, Pantheatre (Paris), SAG-AFTRA, AEA, and VASTA. Acting credits include the McCarter Theatre, Oregon Shakespeare Festival, Ashland, The Wilma Theatre, and American Conservatory Theatre. Directing credits include the Peer Gynt Project and Chekhov Shorts. Education: M.F.A. American Conservatory Theatre; B.A. Princeton University.

Rod Kinter is honored to be continuing this journey with these incredible artists. A NYC-based fight director, Rod’s credits include the Broadway and first national tour of The Lightning Thief: the Percy Jackson Musical; Live from Lincoln Center: Porgy and Bess (New York City Opera); nine seasons as the Resident Fight Director at the Pearl Theatre; and shows at The Lucille Lortell, Lynn Redgrave, The Mint, The Minetta Lane, Signature, and the East 13th Street Playhouse. Rod was the Resident Fight Director for New York City Opera from 1995 to 2010. Regional credits: ART, The Cleveland Playhouse, Oregon Shakespeare Festival, Utah Shakespeare Festival, Hudson Valley Shakespeare Festival, The McCarter, The Barter Theatre, Glimmerglass Opera, Chautauqua Opera, and Shakespeare on the Sound. Rod is on faculty at AMDA teaching Stage Combat. rodkinter.com

Kelsey Rainwater is an intimacy coach, fight director, and actress based out of the ancestral lands of the Munsee Lenape people. Kelsey’s most recent work was seen in Choir Boy at Yale Rep, the premiere of In the Southern Breeze at Rattlestick Playwrights Theater, David Geffen School of Drama’s She Kills Monsters, and Mason Gross School of the Arts’ Damocles and Smart People. Some of her other credits include The Public Theater’s Measure for Measure and White Noise by Suzan-Lori Parks, directed by Oskar Eustis; A Raisin in the Sun (canceled due to COVID) at Yale Rep; Blues for An Alabama Sky with the Keen Company; and Bess Wohl’s film Baby Ruby. She is a Lecturer in Acting at David Geffen School of Drama, co-teaching stage combat and intimacy, and is Resident Fight and Intimacy Director for Yale Rep. 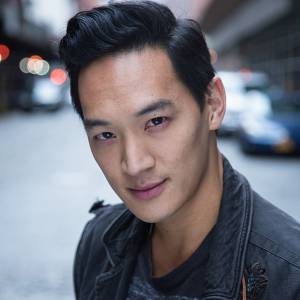 Rachel Crowl is an actor, musician, and photographer based wherever the next gig takes her. In two seasons at Oregon Shakespeare Festival: Duke Senior and Ensemble in As You Like It; Ensemble in Between Two Knees; Music Captain for As You Like It and Between Two Knees; Pistol, Sir Thomas Grey, Governor of Harfleur, Chorus, and Ensemble in Henry V (mid-May to October 2018); Marcade, Musician, and Ensemble in Love’s Labor’s Lost. Other theater: Fool 1 in The Swindlers (Baltimore Center Stage); Witch/Murderer/Gentlewoman in Macbeth (Stars in the House). Film: And Then There Was Eve and The Smiley Face Killers. In another life she did a whole lot of theater Off-Broadway. 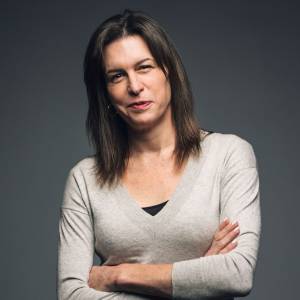 Derek Garza is a First Nations/Latino (Tribal affiliation: Wichita/Comanche) DC-based actor with his M.F.A. in acting from Penn State University. He recently finished two seasons at the Oregon Shakespeare Festival where he was seen in Othello, Romeo and Juliet, As You Like It, and the world premiere of Between Two Knees. Other theaters include North Carolina Stage Company, Theatre for a New Audience, Native Earth, American Repertory Theater, TimeLine Theatre, Victory Gardens, Chicago Dramatist, Video Cabaret, and Steppenwolf to name a few. Derek can also be seen in television and films such as ABC’s Betrayal; NBC’s Chicago Fire, PowerBook II: Ghost, and Canal Street. derekgarza.com 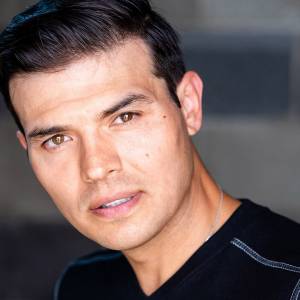 Justin Gauthier – A proud citizen of the Menominee (Omāēqnomenēw) Nation of Wisconsin, writer/actor Justin “Jud” Eagle Gauthier studied at the Institute of American Indian Arts in Santa Fe, New Mexico, where he earned an M.F.A. in screenwriting. Jud provides audiences across the nation a wholly unique worldview as an indigenous cultural ambassador with undeniable pop culture acuity. Jud would like to say wāēwāēnan (thank you) to all his family, friends, cast mates, crew, and audiences for helping him to become a better storyteller. 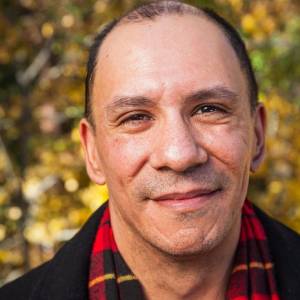 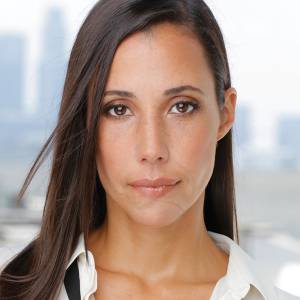 Wotko Long is recognized as a song keeper of the Muskoke language. He has also appeared in the documentary This May Be the Last Time directed by Sterlin Harjo. He played a homeless native man in the film called Mekko, who with a friend tried to find their way back to the traditional ways. He was recognized as a living legend from the Muskoke nation and is now in the series Reservation Dog directed by Sterlin Harjo and Taika Waititi, with the help of The 1491s’ comedy team. 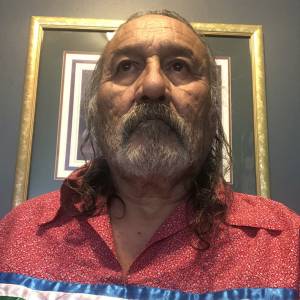 Shaun Taylor-Corbett was in the original production of In the Heights on Broadway and closed the show in the role of Sonny. He played Frankie Valli in the Second National Tour of Jersey Boys, Juan in Altar Boyz Off-Broadway, and Usnavi and Sonny in In the Heights on the First National Tour as well as in the Broadway company. He is a Bedlam Theatre Company member (The Crucible, Hedda Gabler, The Winter’s Tale, Bedlam: the Series). His original Indigenous musical, Distant Thunder, received its first production in March 2022 with Lyric Theatre of Oklahoma at First Americans Museum. The show is based on Shaun’s deep connection with the Blackfeet community in Browning, Montana. Other credits include three seasons at Oregon Shakespeare Festival. Shaun co-narrated There There by Tommy Orange, which was nominated for an Audie Award in 2019, and recently narrated The Only Good Indians by Stephen Graham Jones, also nominated for an Audie. Television/film: Hi-5, Discovery Kids, Supremacy, Gamer’s Guide, All My Children. 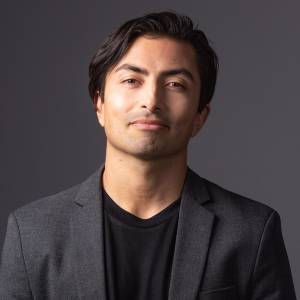 (Stockbridge-Munsee/Menominee) is a writer, director, and actress with many film, television and theater credits to her name including appearances in Signature Theater and Magic Theater’s The Late Henry Moss by Sam Shepard; Marie in Joanne Akalaitis’s Woyzcek at The Public Theater, and in the Guthrie Theater in Marsha Norman’s adaptation of Louise Erdrich’s The Master Butchers Singing Club. She was a Drama Desk Nominee for acting and is also a company member at the Oregon Shakespeare Festival. 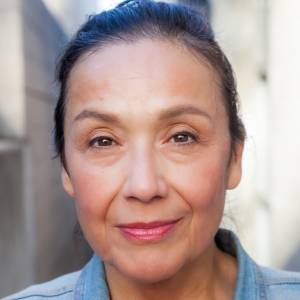 3-play subscriptions are available for the 2021-22 Season.