Today is My Birthday

Learn more
Close
About Us

All patrons must show proof of full FDA-approved vaccination and wear masks at all times while inside the theater. Our staff, backstage crew, and artists (when not performing on stage) will also be masked at all times.

Yale Repertory Theatre will welcome audiences back to its theaters beginning in January 2022 for a season of three plays!

The season will begin with a new production of Today is My Birthday, a critically-acclaimed comedy about loneliness in the age of connectivity, written by Susan Soon He Stanton and directed by Mina Morita, January 27–February 19 at Yale Repertory Theatre (1120 Chapel Street).

Next up will be the joyously life-affirming Choir Boy by Yale Rep’s Academy Award-winning Playwright in Residence Tarell Alvin McCraney. The production, brimming with a cappella performance, will be directed by Christopher D. Betts, and play March 31–April 23 at the University Theatre (222 York Street).

The season will conclude with Between Two Knees, the first play written by the acclaimed intertribal sketch comedy troupe, The 1491s. Eric Ting will direct the outrageously funny, intergenerational tale of familial love, loss, and connection, May 12–June 4 at Yale Repertory Theatre (1120 Chapel Street). Between Two Knees is presented by Yale Rep and Oregon Shakespeare Festival, where it had its world premiere in 2019, and is made possible by a generous grant from The Roy Cockrum Foundation.

“I am thrilled about each and every one of these plays, and about the opportunities they represent to center the voices of visionary and inspiring artists. That there will be laughter, music, and bracing argument echoing in our theaters again inspires me in the project of connecting to local and national audiences,” said Artistic Director James Bundy. “It’s especially exciting to feel how powerfully the strength and creativity of our community will be represented by Yale School of Drama alumni, faculty, students, and brilliant colleagues from across the nation.”

The season calendar of three productions, instead of a more usual five, is influenced in part by ongoing impacts of the pandemic on student enrollment at Yale School of Drama, workflow, and use of its shared buildings. The schedule is also informed by the collective efforts to advance anti-racist training and production by focusing on the well-being of the School of Drama/Yale Rep community, increasing emphasis on process and quality and decreasing emphasis on product and quantity. This perspective, along with revised public health advice expected through the summer and into the fall, and limits on financial resources, argues for a ramp-up of production activity throughout the year, leading with School production in the fall, rather than an immediate return to prior scope and scale of work.

Yale Repertory Theatre will follow all evolving protocols set forth by city, state, and University entities to help ensure the health and comfort of its artistic, production, and administrative personnel and Yale Rep audiences. Additional information will be announced as it is available.

Tickets for Yale Rep’s upcoming season will go on sale at a date to be announced in the fall.

Today is My Birthday

By Susan Soon He Stanton
Directed by Mina Morita

Emily Chang’s life is falling apart. A nasty breakup and a stalled writing career send her packing from Manhattan back to O’ahu. But her fantasy of a picture-perfect homecoming collides with reality as she begins to discover how little she really knows about those she loves most­­—and how difficult it is to let her true self be known to others. Susan Soon He Stanton’s critically-acclaimed play, Today is My Birthday, is a wise and witty comedy about loneliness in the age of connectivity. 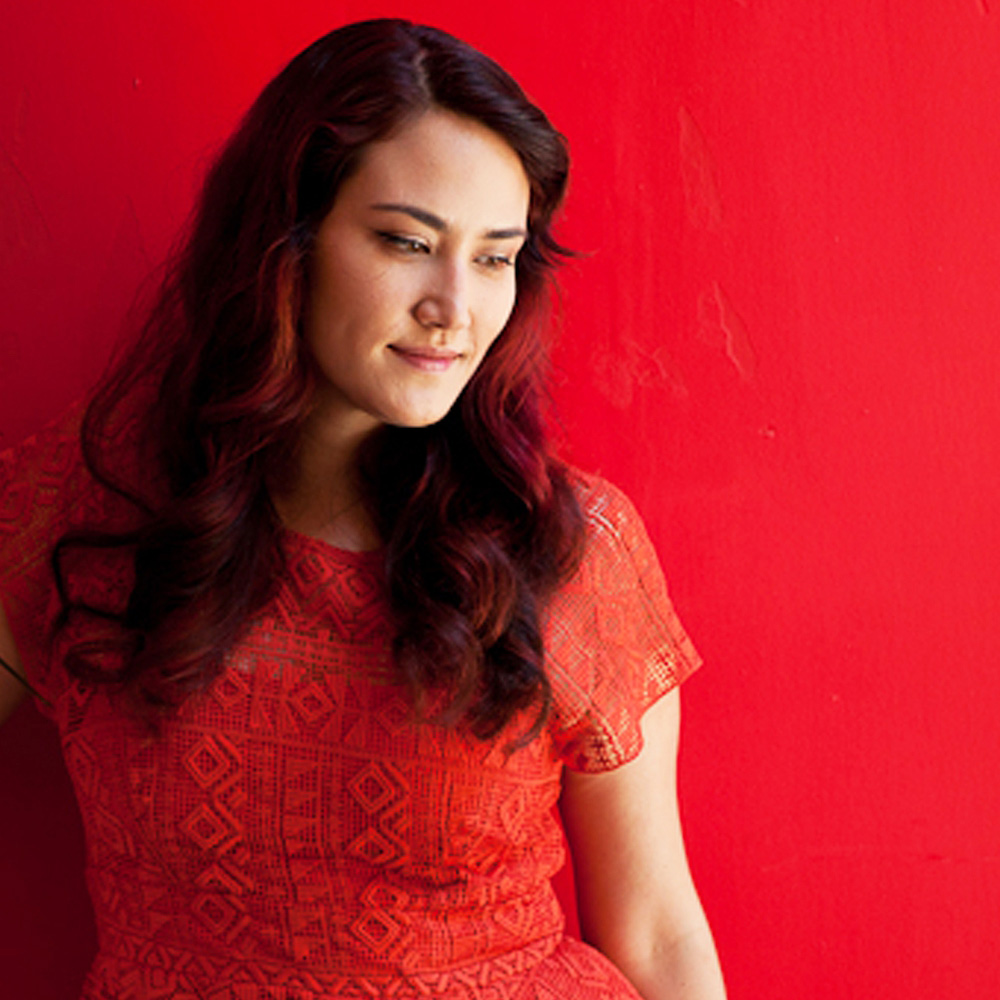 Susan Soon He Stanton is a playwright, television writer, and screenwriter based between New York and London, from ‘Aiea, Hawai‘i. Susan is a producer/writer for HBO’s Succession, for which she received Writers Guild of America and Peabody Awards. Upcoming television work includes HBO/Sister Pictures’ The Baby; Amazon’s Modern Love; Amazon/Annapurna’s Dead Ringers; Hulu/Element Pictures/BBC’s Conversations with Friends, adapted from the novel by Sally Rooney, as well as several projects in development. She is a co-writer for the award-winning feature film, Brooklyn Love Stories. Her film Dress, directed and starring Henry Ian Cusick, won the Audience Award at the Hawai‘i International Film Festival. Her plays, which have been produced internationally and regionally across the United States, include we, the invisibles; Today is My Birthday; Both Your Houses; Takarazuka!!!; Cygnus; Solstice Party!; The Things Are Against Us; The Underneath; Navigator; and more. Susan is a graduate of NYU’s Tisch Dramatic Writing Program and Yale School of Drama. She holds commissions for new work from Yale Repertory Theatre, American Conservatory Theater/Crowded Fire, South Coast Rep, Ensemble Studio Theatre, and others. 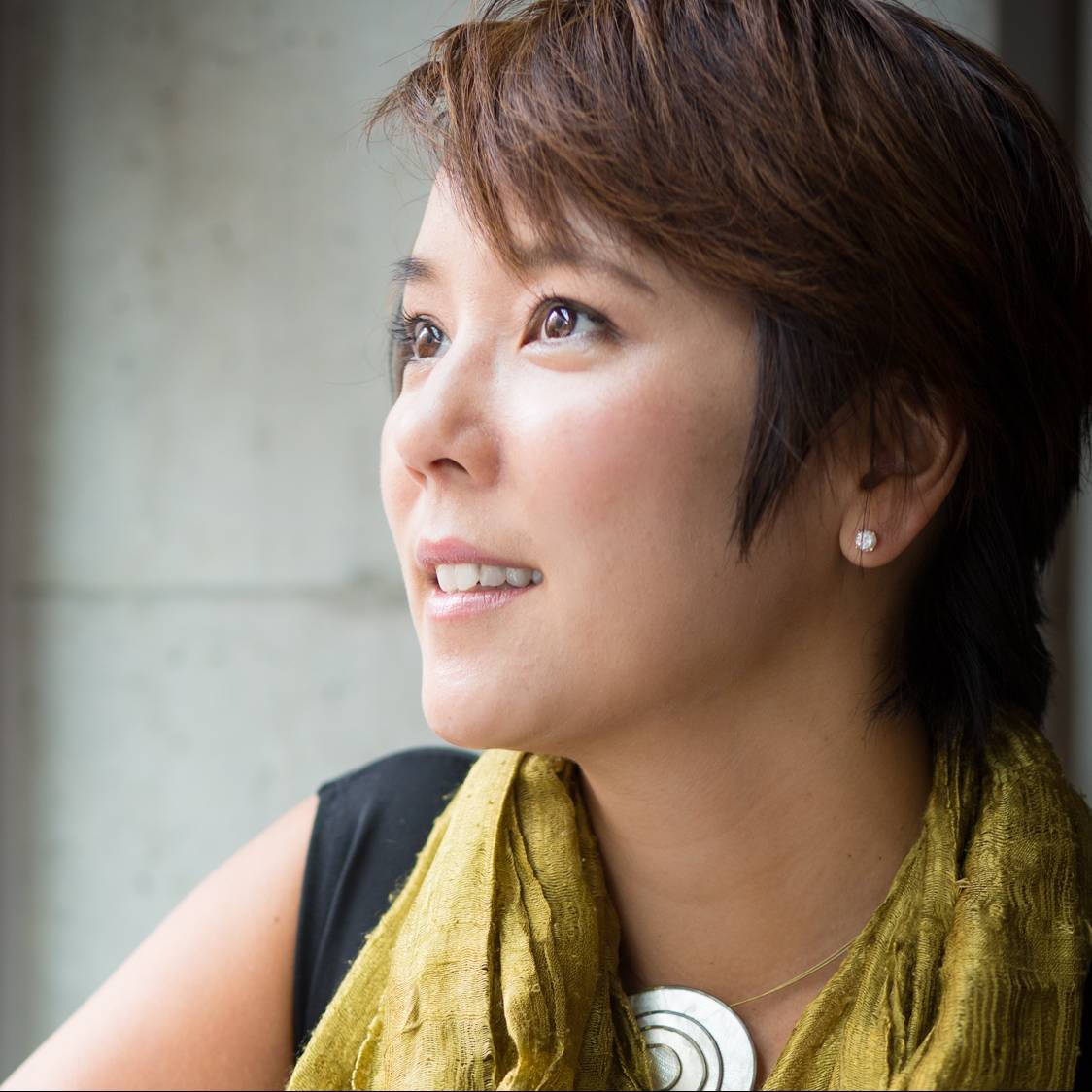 Mina Morita is the Artistic Director of Crowded Fire Theater. She has worked at Berkeley Repertory Theatre, Magic Theatre, Center REPertory Company, American Conservatory Theater, Campo Santo, Shotgun Players, Playwrights Foundation, TheatreFirst, Ferocious Lotus, Bay Area Children’s Theatre, Just Theater, and Crowded Fire with such creators as Anna Deavere Smith, Star Finch, J.C. Lee, Christopher Chen, Lauren Gunderson, Philip Kan Gotanda, Young Jean Lee, Idris Goodwin, Susan Soon He Stanton, Lloyd Suh, Dave Harris, Amelia Roper, Adam Chanzit, Sean San Jose, Min Kahng, and Dustin Chinn. Previously, she served as the Artistic Associate at Berkeley Repertory Theatre and its center for the creation and development of new work, The Ground Floor. In 2016, Theatre Bay Area [TBA] awarded her the 40@40 distinction for her impact on Bay Area Theater and also has honored her with the 2014 Outstanding Director of a Musical Award and 2017 nomination for Outstanding Direction of a Play. In 2015, Mina was honored to share her story on TEDx, and in 2016, she was chosen as one of the YBCA100, for “asking questions and making provocations that will shape the future of culture.”

For half a century, the Charles R. Drew Prep School for Boys has been dedicated to the education of strong, ethical Black men. One extraordinary student, a gifted singer, has been waiting to take his rightful place as the leader of the legendary school choir. But can he make his way through the hallowed halls of this institution and still sing in his own key? Brimming with soul-stirring a capella singing, the joyously life-affirming play, Choir Boy, written by Yale Rep’s Academy Award-winning Playwright in Residence Tarell Alvin McCraney, will be directed by Yale School of Drama MFA candidate Christopher D. Betts. 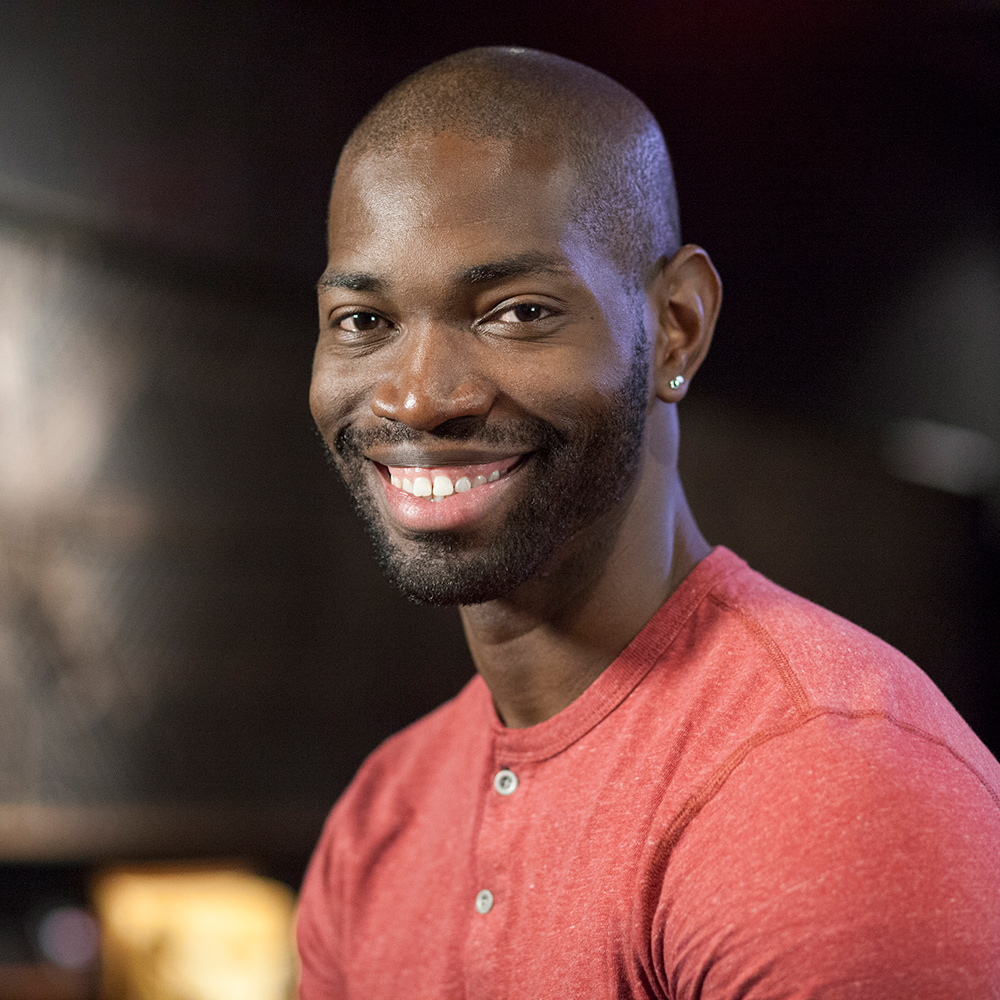 Tarell Alvin McCraney is the Chair and Professor in the Practice of Playwriting at Yale School of Drama and is the Playwright in Residence at Yale Rep. He is also a member of Teo Castellanos/D-Projects Theater Company in Miami and a member of the Steppenwolf Theatre Ensemble. He co-wrote the 2016 film, Moonlight, based on his own work In Moonlight Black Boys Look Blue, for which he received an Academy Award for Best Adapted Screenplay. His other plays include Head of Passes, Wig Out!, and the The Brother/Sister Plays trilogy, which includes The Brothers Size, In the Red and Brown Water, and Marcus; or the Secret of Sweet. He is the creator of the OWN series, David Makes Man, and wrote the screenplay for High Flying Bird. His numerous awards include the Whiting Award, Steinberg Playwright Award, Doris Duke Artists Award, Windham-Campbell Prize, London Evening Standard Award for Most Promising Playwright, New York Times Outstanding Playwright Award, the Paula Vogel Award, and a 2013 MacArthur Fellowship. 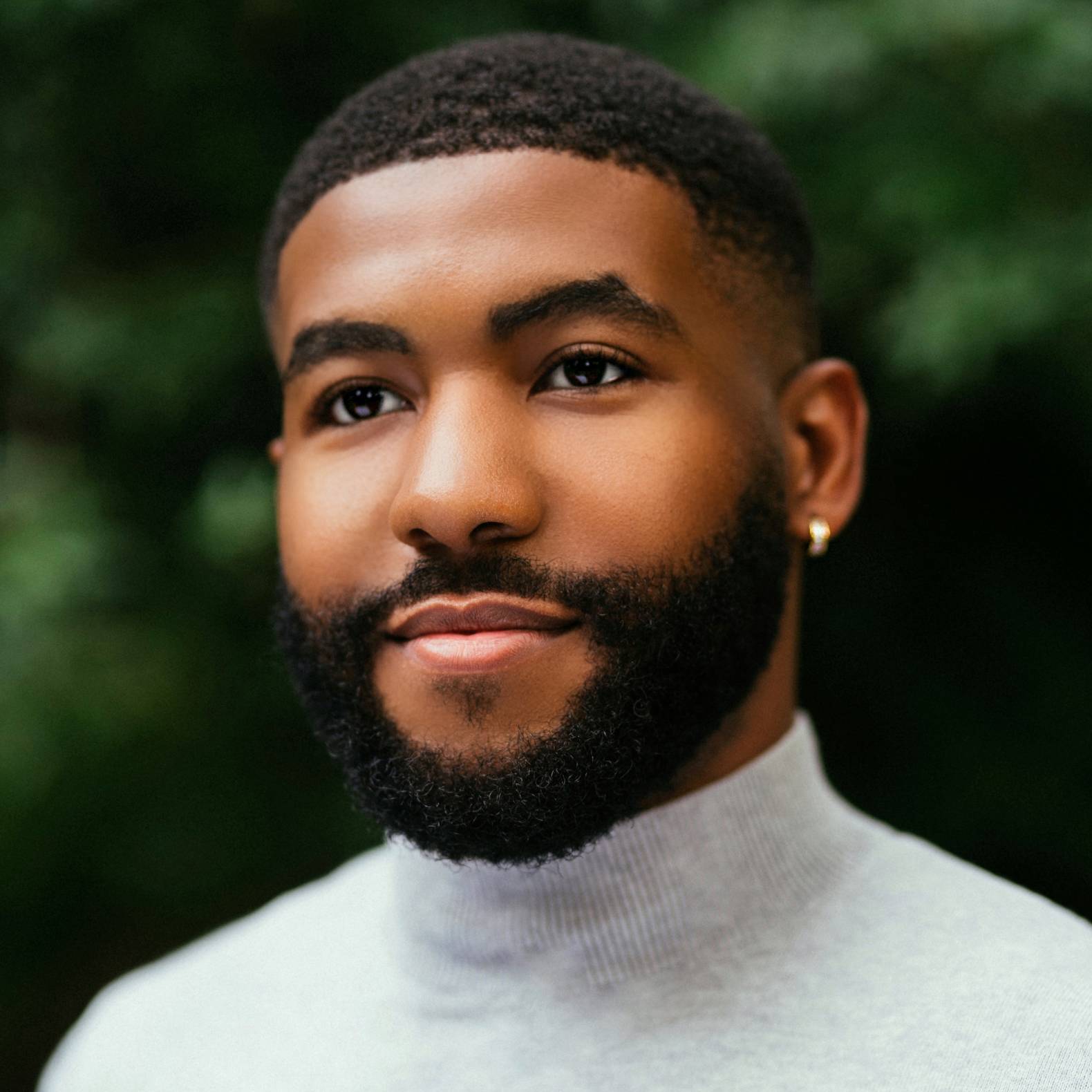 Christopher D. Betts recently has directed Is God Is, We Are Proud to Present…, Fireflies, littleboy/littleman, and School Girls; Or, The African Mean Girls Play (Yale Cabaret); How Black Girls Get Over Fuckbois and The Winter’s Tale (Yale School of Drama). Upcoming: Dutch Kings (Off-Off-Broadway). Other collaborations include Spring Awakening (NYU Tisch); Shakespeare’s The Comedy of Errors (PopArt Johannesburg/Market Theatre Lab); a series of new works with the OBIE Award-winning Fire This Time Festival; workshops of Goodnight Tyler (Kennedy Center/Alliance Theatre) and Refuge of the Damned (Long Wharf); The Cave: A Folk Opera (New York premiere); Carrie (2015 Broadway World Best Musical nomination); and Barbecue (movement director, The Public Theater). Betts is a recipient of the Julie Taymor World Theater Fellowship, the Richie Jackson Artist Fellowship and a two-time recipient of the SDCF Observership. He has been an artist in residence at Kampala International Theater Festival and PopArt Johannesburg; a teaching artist at The Market Theatre Lab; and a support team member for ArtEquity. He received his BFA with triple honors from NYU’s Tisch School of the Arts (Bachelor’s Representative) and currently is a fourth-year MFA candidate at Yale School of Drama. christopherdbetts.com IG: @chris.tagram

Between Two Knees is an outrageously funny and wickedly subversive intergenerational tale of familial love, loss, and connection. This first play by the acclaimed intertribal sketch comedy troupe The 1491s* fractures traditional narratives of the United States through the lens of the Native American experience. Smashing through where most textbooks stop teaching Native history—the 1890 massacre at Wounded Knee— Between Two Knees take us from the forced re-education at Indian boarding schools, through World War II, the Civil Rights Movement, Vietnam, the 1973 takeover at Wounded Knee, and maybe even breaks time itself. Did we mention it’s outrageously funny and wickedly subversive? 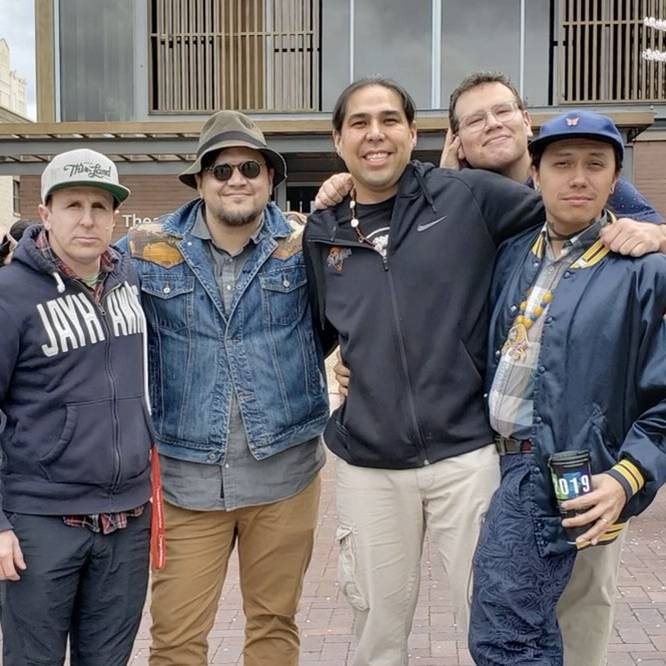 The 1491s are an intertribal Indigenous sketch comedy troupe. Dallas Goldtooth (Mdewakanton Dakota-Diné), Sterlin Harjo (Seminole-Muscogee), Migizi Pensoneau (Ponca-Ojibwe), Ryan RedCorn (Osage Nation), and Bobby Wilson (Sisseton-Wahpeton Dakota) originally combined their talents to create comedic videos for YouTube. Their first video, a Twilight parody called “New Moon Wolf Pack Auditions,” went viral in 2009 as have many of their subsequent videos. The 1491s have traveled the country and the world sharing their satirical, stereotype-busting humor through live performances, panels, discussions, and appearances on major media outlets including The Daily Show on Comedy Central, Al Jazeera, and National Public Radio. They have also used their talents to address social and legislative issues, such as the full inclusion of Indigenous women in the Violence Against Women Act. 1491s.com 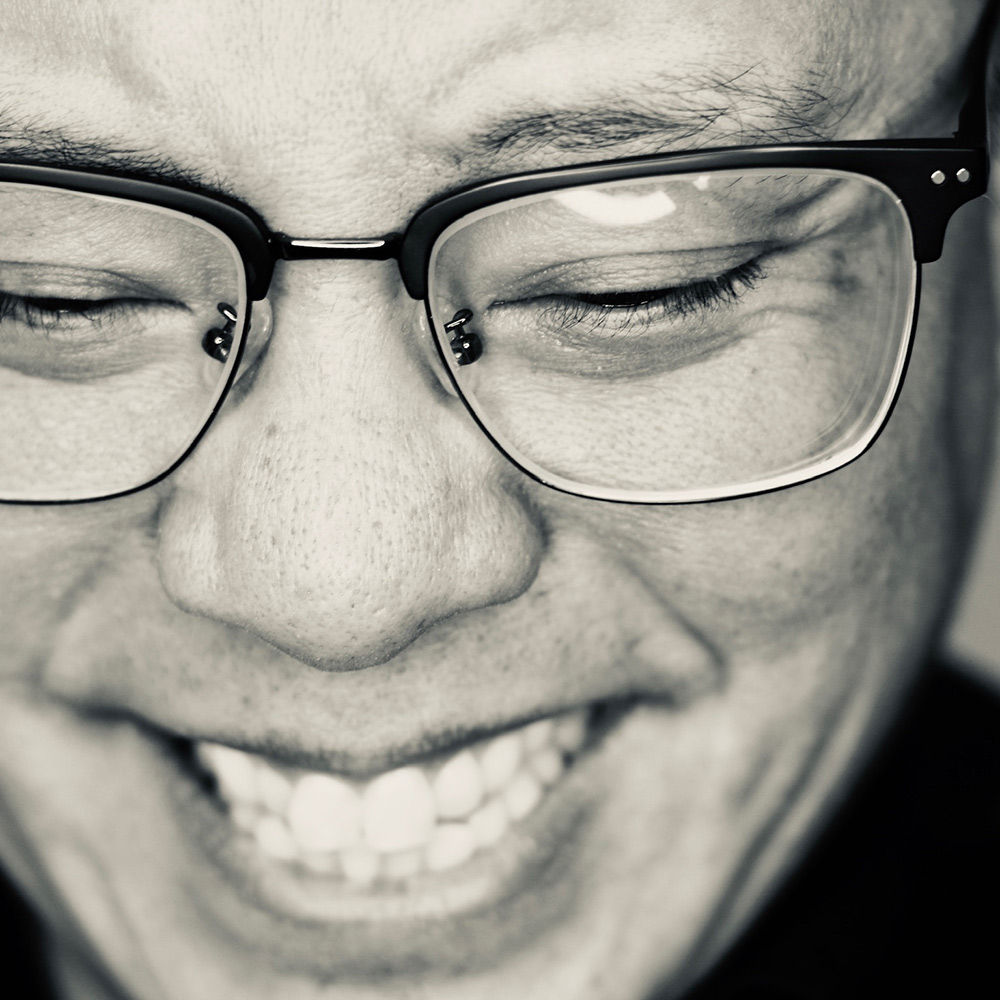